The way of life of termites 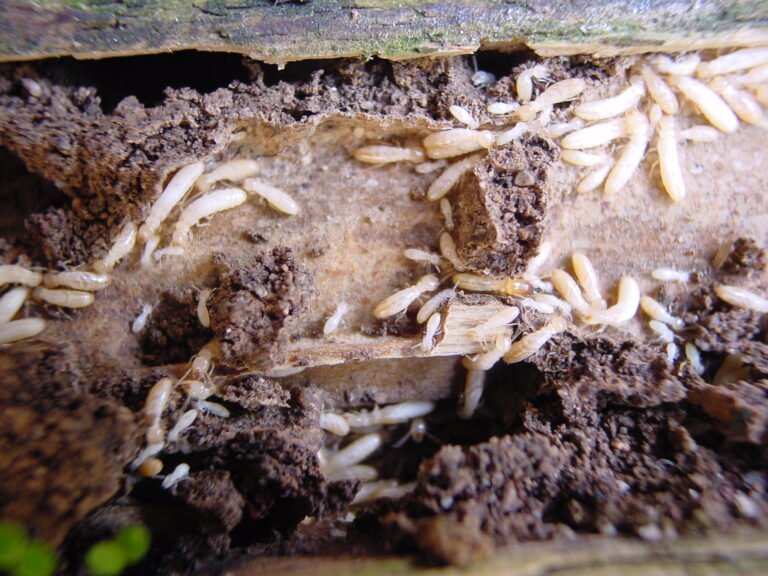 Because they live in darkness, under the ground or in the heart of our homes, termites are steeped in mystery. To detect and eliminate termites, you have to know them well. Let’s start by lifting the veil on their way of life…

Termites live in the dark

These xylophagous insects belong to the order Blattoptera. Local termites belong to the Reticulermes genus and have an underground lifestyle (nothing to do with the cathedral termite mounds built by their African cousins). The fact that they do not support the light becomes their first asset: they are harmful out of sight! Their whitish body, 5 to 8 mm long, sometimes earns them the nickname “white ants”.

Social insects, they live in colonies in which each member plays its role precisely. Indeed, there are different kinds of termites in the same colony. Let’s start with the most numerous and the most harmful to humans and their environment: worker termites.

Their mission is to feed their fellow creatures. Fast and voracious, they are constantly prospecting for the cellulose present in wood and paper. They consume it, digest it and regurgitate it to feed the other members of the colony by “trophallaxis”.

The soldiers, for example, as white as the workers but endowed with large heads with threatening jaws, their weapons to defend the colony from its enemies. There are also breeding pairs. They are distinguished by their dark color: a male who has lost his wings and a female with an enlarged abdomen, unable to move and producing several thousand eggs each year.

Termites are fond of wood and its derivatives

Between January and April, the termites are out through the flight of winged reproducers. The latter will then form couples at random and which, according to the same chance, will perhaps fall back into the ideal wooded place to give life to a new colony. This is swarming.

But there are also secondary breeders with barely outlined wings called “neotenic reproductives”. They appear when the population has reached a sufficient level and are able to found a colony without venturing outside, by “budding”. A mode of reproduction often made possible when earth or rubble is moved. And when they are there, watch out for the damage! These invaders are fond of wood, but also of all its derivatives. Nothing resists their gorging, from books to partitions and wallpapers. To make their way to the precious cellulose, they go through materials such as plaster, polystyrene, and even electrical sheathing(beware of short circuits!).

Now you know how termites live and what they like. To find out if they are crawling in your environment and get rid of them, simply contact a Sentri Tech certified applicator.

PrevPreviousTermites are spreading in Metropolitan France and in the DROMs
NextWho are termites?Next